There wasn’t a whole lot on the schedule for today which was good because my absence on this blog reflects how much has been on my calendar in recent weeks.  I’m not worshiping at the altar of busy.  Just stating a fact.

But anyway, there wasn’t a whole lot on the schedule for today except for two visits – one with a retiring pastor in my presbytery who had invited me to come take what I wanted off of his bookshelves, and another with one of the oldest members of the congregation I serve who had some music to share.  It was a wonderful way to spend the afternoon, and in a sense both of these visits were about the same thing – telling and hearing stories. 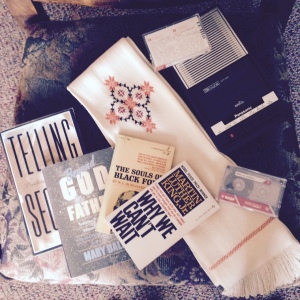 END_OF_DOCUMENT_TOKEN_TO_BE_REPLACED

As worship began at First Presbyterian Church of Hudson, WI two ruling elders who serve on the session, Sheldon and Attie Kay, reported to the congregation a decision that had been made a special meeting of the session the previous morning, April 11, 2015.  The action taken at that meeting approved the following statement. 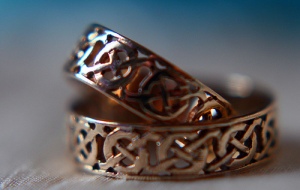 “Marriage is a gift God has given to all humankind for the well-being of the entire human family.  Marriage involves a unique commitment between two people, traditionally a man and a woman, to love and support each other for the rest of their lives[1]. At First Presbyterian Church of Hudson, WI requests for Session consideration of marriage will not be denied based upon sexual orientation.

[1] Language from PC(USA) General Assembly Amendment 14-F (approved by a majority of PC(USA) presbyteries for inclusion in the Book of Order as of March 17, 2015)

I want to begin this morning by thanking Sheldon and Attie Kay for their careful sharing of the news that came out of the special session meeting yesterday. I imagine that decision, whether it is one you personally celebrate or question or maybe even mourn, has not moved far from the front of your mind as we have worshiped together this morning.  It hasn’t moved from mine nor, I imagine, the minds of the session members here this morning even though we have been sitting with the decision almost twenty-four hours longer than the rest of the congregation.

And I don’t think it necessarily should because it is a decision that carries great weight for many in our church and community.  It is a decision that came after months of intense session discussion and really two years of congregational study in a variety of different formats and venues.  It has been an emotional discussion for many, and yesterday it was an emotional decision, in some way or another, for every person
sitting around that meeting table.

As the meeting drew to a close, following almost three hours of discussion and prayer, sharing and wondering aloud, discernment, but very little, in fact absolutely none of what I would categorize as antagonistic debate, I knew my original thoughts on Jesus’ Great Commission would have to be set aside.  I knew what the Spirit was calling me to talk about instead was the decision we had just made.  The question that remained, however, was “*What* was the Spirit calling me to say?”  I guess in that sense the sermon title I had picked for entirely different reasons five or six days ago still fit.  Now what? END_OF_DOCUMENT_TOKEN_TO_BE_REPLACED

Please don’t mock me if this is true, but I may be the last person in the United States still watching the ABC TV show Grey’s Anatomy.  Is there any chance I am not alone in this?  It’s OK if you don’t want to admit it. Many, many people believe the show has, as they say, jumped the shark, long ago lost any resemblance to a quality program, but it is one of my guilty pleasures.

In a recent episode* Dr. Meredith Grey, the show’s title character who began almost ten years ago as a surgical intern, was experiencing a streak of good luck.  She hadn’t lost a patient or had an unsuccessful outcome in surgery in about three or four months.  It seemed like impossibly good luck, and it did not go unnoticed among her peers and subordinates.  In fact, she developed a literal following among the surgical interns.  The student surgeons would flood her observation galleries as she practiced her craft.  Everyone wanted in on one of Dr. Grey’s surgeries or wanted Dr. Grey working on the case for their patients.  Defying the odds she seemed to almost miraculously be able to defy death.

you remember what it was like to be a resident and have all this death around you being new, terrifying? Why do you think they care so much about this stupid streak?  Death is scary. They just want to believe that there’s somebody out there who can defy it.”