The way a story ends can make or break the impression we carry of it.  Think of some of the all-time great TV shows and how they ended.  Do you have any favorites? 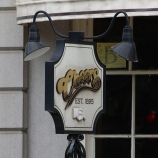 I very clearly remember the end of Family Ties as a good ending to one of my generation’s favorite childhood TV shows.

One of the things we tend to like about a good series finale is when it leaves us feeling like there aren’t too many loose ends.  There can be some wondering about what comes next, but all in all we like to know that even if our favorite characters don’t come out alright in the end, their lives and the story had a purpose.

I think that’s why Mark’s gospel account is the one we rarely remember when we think of the Easter story.  Mark doesn’t tie it all up in a nice neat bow.   We get to the end as he 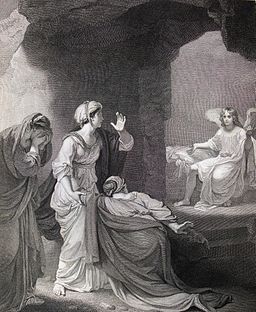 wrote it and we’re left with…. What? Fear?  Silence?  Certainly there has to be something more to it than THAT?! That doesn’t say much at all for the faith of the women who went to the tomb! Where is Jesus, speaking to them by name?  Where are his words of comfort?  Where are the appearances of Jesus to his disciples? His wounds of proof? His promised Spirit? His great commission? This ending of Mark’s with a guy in the tomb and the women fleeing in fear, this is not the sort of neat, tidy ending we hope to find at the end of the story.  Fear doesn’t sound much like the story of faith we expect to hear when we come to worship on Easter Sunday.

Yet at the same time, fear also sounds like a completely reasonable response.  If we climb into this story ourselves, if we put ourselves in the place of those Mary Magdalene, Mary the mother of James, and Salome, fear seems ENTIRELY appropriate. They never expected what they found. Their conversations on the way weren’t, “What do we do if he’s not there? How will we explain this to the others?” Instead they worried about how to get the stone out of the way.  They fully expected to find a sealed tomb and a wrapped corpse. They fully expected to spend their morning anointing Jesus’ body and giving it the proper preparation and burial it deserved. They never ONCE expected what they found, the stone rolled away and the body gone.

However, that’s what they found, so fear makes perfect sense. Fear that he had been stolen; fear that the Romans were playing a trick; fear that other believers had tried to secretly moved the body to a safer location; fear of this strange man inside the tomb, speaking in code, a speaking of the impossible; fear that grave robbers had stolen it to make a quick buck; fear, even, that they, the women, might be implicated in the crime. Fear makes perfect sense in response to what they find even if they don’t understand or believe that he, that Jesus, was alive.

At the same time, fear also makes complete sense if they do believe.  Fear doesn’t have to equal disbelief. Fear doesn’t have to be an embarrassing sign that the first witnesses got it wrong. It could be the exact opposite! The women could be afraid because they do believe; they do understand. Jesus who was dead is dead no longer. He was crucified, but now he has been raised. He was lifeless, but now he is alive. He was DEAD, but now he is ALIVE. The most basic truth of life, the truth we learn younger than our parents hope, but early enough that it’s a part of our most basic conscience, the truth that life ends and death is final, suddenly isn’t true anymore.

Believing the good news that Jesus has risen turns everything they knew, everything WE know completely upside down. Jesus who hung broken on the cross is whole and living again. Jesus who said “The cup that I drink you will drink,” didn’t end the story beaten and suffering and murdered. He was raised from the depths of despair; he was brought back from the pits of hell. He was victorious over death which until now had always been final. He is victorious over death!

What he said would happen was true.  Three times, if not more, he tried to tell his disciples.  Three times – between curing a blind man and healing a boy of a demonic spirit and welcoming a child – he promised that even after he would be mocked and spit upon and flogged and killed, he would rise again. So now that this true – – the tomb is empty and the one who was dead has come back to life – – than the truth of rest of it is suddenly, terrifyingly, ecstatically real.

Our Easter worship is rightfully festive and joyous and maybe even the highest praise we offer all year. I think, though, that in the midst of all the praise and worship and joy and celebration we aren’t at least a little bit fearful of what this means, then we might be missing the enormity of the occasion which we celebrate. If, in the middle of all our Easter celebrations, we aren’t wondering what this resurrection does to the world, we might just be missing the importance of its truth.

The resurrection changes everything. Everything we thought we knew from the beginning of time is different, is changed, is destroyed, because Jesus is alive. Death no longer has the final answer. Sin and pain and emptiness and darkness do not win. Love is not about making ourselves feel good; love is about giving ourselves to others, giving ourselves FOR others. The powerful and violent do not have the last say, instead the peaceful and the humble speak for God.

Jesus’ resurrection, the way he just left death behind, shows us that all that he did and all that he said truly comes from God, because only God could raise him from the dead. The resurrection means that the things he asked us to do, the calling he gave us, the standard he set, the love he poured on us and commanded us to share – – those must also be true. And really, that is as terrifying as it is wonderful, because it means, Easter means, we have work to do.

Christ is alive! He has risen indeed, and everything he said, everything he taught, every name he called and every command he spoke, came from the mouth of God. To ignore our call, to ignore the call to serve one another, our community and our world, with the love and grace of God, is to ignore the Word of God. To hold back our hospitality, to live in judgment of others, is to try to squelch the love of God. And while fear is an understandable aspect of faith, to remain in fear is to build a wall in attempt to keep the Holy Spirit from transforming our lives.

So what do we do with this fearful silence at the end of Mark’s gospel?  Does it give us permission to say nothing?  Is it an embarrassment that needs to be glossed over, edited, fixed?  It’s certainly doesn’t seem to wrap the story up in a nice series finale.  It just leaves us hanging.

Maybe because it’s not supposed to be the end of the story.  Maybe it’s more like a cliffhanger at the end of a *season* finale, than the resolution at the end of a *series* finale.  We’re coming into that time of year right now for most of my favorite TV shows, that time of year when the writers leave us wondering what will come next.  How will Anne-Elise dodge her next legal bullet on How to Get Away with Murder? Will Alicia Florrick and Diane Lockhart finally join together to form an all-female law firm on The Good Wife. Will the over-the-top, corrupt, racist business tycoon be elected president? (Yes, that’s a plotline on the fictional television show, Scandal.)

So, maybe Mark left us with a cliffhanger so that we know the story isn’t over.  The resurrection isn’t really the end.  Mark set out to write “the beginning of the good news of Jesus Christ, the Son of God,” and I don’t think he meant just the first chapter was the beginning.  I think he meant the whole book.  The whole gospel is just the beginning of the good news.  The whole gospel is not the complete series; it’s just the first season and it’s 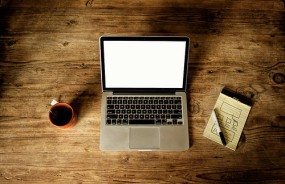 an invitation for us to join in writing what comes next.

What will we write?  It is in some ways a terrifying question.  It’s certainly a weighty question.  How will we continue to write this story that turned the world upside down, this story where death is not the end?

We write it by refusing to let our fear silence us – by speaking out when evil and hatred and oppression are hurting the children of God.  We write it by being open to the way of transformation – by being open to the idea that God most certainly can and will do a new thing in our midst.  We write it by embracing Jesus’ ministry of healing and wholeness, of grace and gratitude, of forgiveness and freedom and living in his way of peace this day and every day.   Jesus is risen!  He is risen indeed!
Cheers photo credit: Cheers – Where everybody knows your name via photopin (license)