All fall I have been eagerly anticipating the arrival of a new television series on Netflix called The Crown.  It’s a historical drama depicting the rise and reign of Queen Elizabeth II and it was finally released this Friday. Please don’t ask me how many episodes I’ve 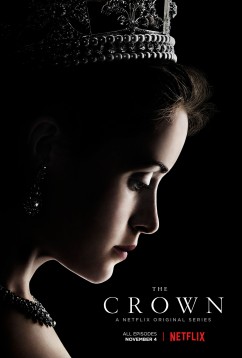 That said, there was a touching scene toward the end of the first episode that I’d like to
share.  Princess Elizabeth’s father, King George VI, is becoming more and more aware of his own mortality even as he is kept in the dark about the deterioration of his health. Consciously or not he understands that he needs to begin to prepare his daughter for the role she will one day play as sovereign.  One day during their Christmas holiday he invites her into his office to talk to her about his daily routine.  Pointing a stack of papers in the royal in box he explains, “Everything they want me to know, they stick on top. Everything they’d rather I didn’t know… they tuck away at the bottom. Which is why… the first thing I do when no one is looking, is this,” as he flips the stack upside down and lets it slam down on the desk.  A very practical moment of education for the future queen, I’m sure. END_OF_DOCUMENT_TOKEN_TO_BE_REPLACED